Recently, we shared in the daily update what happened in the House Subcommittee on the school construction sales tax bills.  There’s been a lot of coverage since then by media and we want to share these articles from around the Commonwealth with all VEA members.  Below are some of the critical stories. The three bills (SB37, SB298, SB472) would have given localities the opportunity to run a voter referendum to levy up to a 1% sales tax for local school construction. Despite heartfelt testimonies from around the state, including mayors, representatives of large education groups and coalitions, and a student attending a school with leaking ceilings, committee Republicans all voted against the bills and killed each one. There was no public opposition to the bills.

On Monday,  Senator Jennifer McClellan closed out the celebration of Black History Month with a passionate speech and reminder that we must address equity in our education system.  Watch Sen. McClellan’s speech HERE. 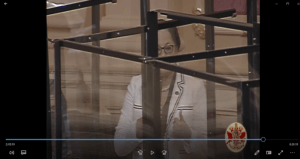 On Monday, the Senate Commerce and Labor Committee voted 12-3 to Pass-by-Indefinitely a bill that would have prohibited a county, city, or town from entering into a collective bargaining contract with a labor union or other employee association representing law-enforcement officers or employees of a law enforcement agency.  HB790, sponsored by Delegate Dave LaRock, was the last anti-collective bargaining bill of the 2022 General Assembly that attempted to roll-back permissive collective bargaining protections for public workers in Virginia.  We applaud the members of the Senate Commerce and Labor Committee for standing up and protecting these laws to allow public workers and localities the option to collectively bargain.  Watch the hearing on HB790, HERE. 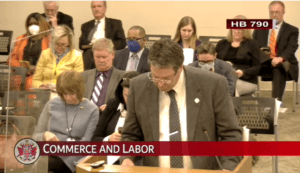