Get the Latest Updates from the Virginia General Assembly Here!

It doesn’t all stop on the day you retire from teaching or other school employment. Your daily routine might change, but you are still the professional who invested years, as well as sweat and tears, into making our Virginia public schools the best they can be. And you’ll still want to be an integral part of your professional community, the Virginia Education Association-Retired.

See below for information on who can join and for answers to frequently-asked questions about VEA-Retired. 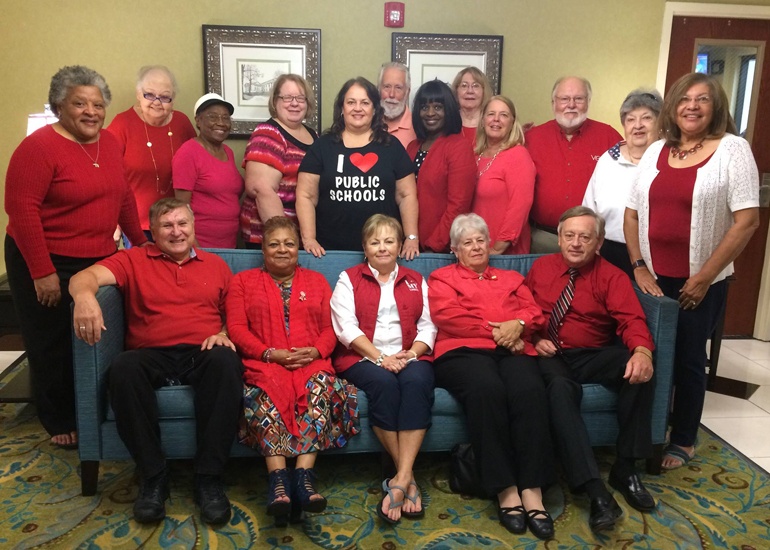 Congratulations to those who were elected and thanks to all who voted. Click below for the results.

VEA-Retired is part of the social media world. Have you checked out our page yet? Keep up with your colleagues, post comments about events in your area, and share ideas.

VEA-Retired publishes Connections, a regular newsletter to keep you informed on all the action, including elections, events, and activities. Check out the latest issue.

VEA has great local contacts for VEA-Retired around the state. Get in touch!

Who's eligible to join?

Membership is open to all retired VEA members, even if they now live out of state.

Current active members can join as pre-retired subscribers prior to their retirement to lock in membership and avoid future price increases.

What is a pre-retired subscriber?

How much is the lifetime membership?

A one-time amount of $500 buys membership in both VEA-Retired and NEA-Retired. Education Support Professionals pay the same amount.

Annual membership is also available. The membership year runs from September 1st through August 31st and dues are currently $75 per year.

What are the advantages of being a pre-retired subscriber?

You lock in the cost of membership at the current price and avoid any price increase, which may occur before you do retire. Also, your membership will be continuous as you move from active to retired status.
After retirement, you will still be informed and involved in your profession and your professional association. Also, you can continue to take advantage of the NEA Member Benefits Programs, including the attorney referral and liability insurance programs.

Is VEA-Retired the same as the Virginia Retired Teachers Association?

No, it is not. The Virginia Retired Teacher Association (VRTA) and the city or county TRA groups are affiliated with AARP. Only VEA-Retired and NEA-Retired are programs of VEA and NEA.

How do I join VEA-Retired

There are three ways you can join VEA-Retired today! Click the button below for more information.

Current officers of VEA-Retired are:

The president and other officers are elected by VEA-Retired members to a two-year term and may be elected to a second two-year term. The president’s term includes serving as a delegate to the VEA Delegate Assembly and the NEA Representative Assembly.

These folks are local contacts for VEA-Retired chapters around the state.