EAA Members Win Round One in Contract Negotiations Effort

In a preview of what may come in many Virginia communities, Education Association of Alexandria members organized and helped defeat a city proposal that would have seriously limited the topics open for contract negotiations. The proposed Alexandria City ordinance had to be defeated to protect members’ ability to fairly negotiate all of our working and teaching conditions.

Alexandria’s City Manager and City Attorney had drafted an ordinance that identified only wages and benefits as permissible bargaining topics. This would have set a model leaving out a whole range of other issues that affect students and public schools. In response, EAA created a phone bank and a petition campaign that other Northern Virginia Education Association locals supported in solidarity.

Members in other VEA locals in Northern Virginia, including Fairfax, Loudoun, and Arlington, rallied to EAA’s cause and hundreds of signatures were collected for the petition. Hundreds of Alexandria educators added their names and made their case directly to City Council. After EAA submitted the petition, City Council responded by rejecting the original, limiting proposal and replacing it with a more inclusive version.

While the battle for the final contract negotiation conditions in the city remains unsettled, the outcome looks to be much more favorable, thanks to the work of EAA and other local labor groups. 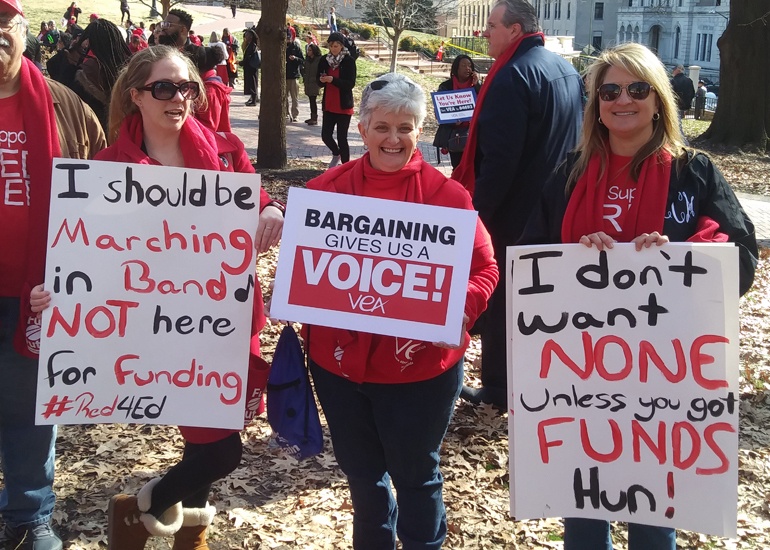