Why we must teach civics to our young people.

Protest marches, sit-ins, walkouts, and confrontations on new media: today’s students are dealing with a wide array of options for civic engagement. Adults are having enough trouble keeping the debates civil, so it’s clear that our young people are sorely in need of some education about expressing their views in constructive, positive ways. And, as so often happens, it falls upon educators to step up and fill the void. I think there are two excellent ways of doing so: classroom activities which model exemplary behavior and bringing the real government, particularly local government, to students.

Hands-on learning can make a difficult concept more understandable, as well as offer opportunities for students to learn how to interact. They also can learn when which method is appropriate: While sit-ins and walkouts can be effective methods at times, test day is not likely to be one of them. 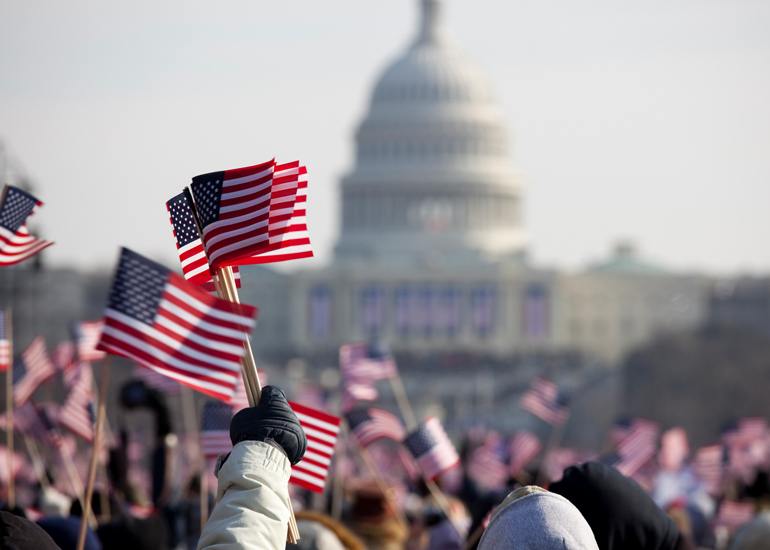 The effectiveness of classroom simulations depends on the students, their grade level and maturity, and their willingness to buy into the activity. It also requires extensive preparation and a willingness to somewhat loosen control of the class.

One popular activity is a Mock Congress or State Legislature, both of which allow students to debate issues, but within the manner and rules of the legislative body. These rules are made to foster a more respectful interaction and prevent direct personal attacks. It’s been useful to have students follow the rules of the House of Representatives, complete with asking party leaders for time and being stopped when time has expired, and then use Senate rules, which allow more free-flowing debate. In real life, speeches are pre-written, but this can stifle open thought and interaction. We’re fortunate in Virginia in that both the House of Delegates and the State Senate allow classes to come to the chamber and do these mock activities there. The change of location and, yes, more professional attire, also raise the maturity of the students.

The Articles of Confederation can also be used to offer students another a chance to think outside the box. Here, students represent the 13 original states and must follow the rules of the Articles to address issues confronting the nation, such as land claims, trade, and foreign policy. In larger classes there can be two groups of states or students can represent foreign governments. This exercise helps young people understand why there was a drive for a new form of government, the basic conflicts of large vs. small states, and if power should reside at the federal or state level. These issues run throughout our history and are the basis of many confrontations today. The process then was difficult and frustrating, and students will see why the concepts of checks and balances and federalism are so fundamental to our government.

People loudly and frequently interrupting each other on the evening news shows are giving many of our students an inaccurate idea of what a debate really is. Staging formalized debates can shift their perceptions.

There are several ways to do this. Mock trials, using either the U.S. Code or Hammurabi’s Law Code, are useful in exploring the legal system. Everyone participating learns the importance of rights and evidence. A simulation of the Congress of Vienna or the Peace Conference after World War I teaches how to state your positions and work jointly to achieve and maintain peace. The same can be done with the Cold War.

Putting your students in a different mindset and a structure forces them to engage in a more civil manner. So can bringing government to your classroom. In today’s world, many use social media to express their opinions and ignore ones they don’t agree with. At public meetings, there’s a tendency for people to speak at officials, not with them. A recent student had been attending school board meetings to express his views on transgender issues. Later, when a local candidate came to an after-school club, the student was confrontational and, well, rude. We discussed this the next day and he admitted that he had no experience in a setting where he listened directly to an official or candidate; public comment time at board meetings is one-way communication. He began to learn more about respectful, two-way communication and, while he didn’t change his strongly-held views, he did learn to listen. Fortunately, the candidate was respectful to him and saw the exchange as a learning experience for the student. As our classroom activities became more interactive, I saw this student practicing listening and compromising skills.

Simulations like these immerse students in government and can show them the importance of not only expressing their opinions, but also another key element of governance: representing voters. In a Mock Congress or Mock State Legislature, I prefer students to represent specific states or areas and to prepare by studying the businesses, demographics, voting patterns and nature of the people there. Often, students must wrestle with the very realistic and valuable moral dilemma of choosing their view or that of their voters.

Virginia has elections every year, so there are always opportunities for young people to get involved in actual campaigns and in government. Making contact information available for all candidates allows students to choose and demonstrates your fairness.

Another avenue available to students is a citizen’s advisory committee. Here in Stafford, the School Board has seven such committees, on topics such as special education, technology, diversity and capital improvements. At times, not enough adults have shown an interest in serving but students have, and in such numbers that the county created official student members. Students now have a say in policy and the future of the schools.

Stafford also has the YES (Youth Engages in Stafford) Program, which permits one student to serve on each county board and commission, from Agriculture to Utilities. While they’re not voting members, they do have input, get the information that the adult members get, and often raise issues or questions others have not. Students see how policy is made, how budgeting works, and how local government addresses citizens’ needs.

Of course, government discussion in the classroom can raise concerns. Educators must be careful not to advocate for one side of an issue. This is difficult; for some, just offering the other side’s view is painfully difficult. However, if you begin by explaining both sides and offering positive and negative examples of what both are doing, students will see you making a concerted effort to be balanced, as will parents and administrators. For example, when explaining how Executive Privilege has been abused, use examples of both a Democratic and a Republican president. As in so much of what we do, we must model behavior for students.

Today’s generation is becoming involved in a broad range of issues and causes. With our help, they can see and experience a positive way to engage in the challenges we face. Experiencing government shows students how to make things happen, and there are local opportunities to have a say. Many elections are won by a handful of votes—or, as we saw earlier this year, the toss of a coin. Teaching young people civic skills will have an impact on how they take part in our democracy. It’s a great job.

Coen, a member of the Stafford Education Association, teaches government at Colonial Forge High School and is also an adjunct professor of political science at Virginia Commonwealth University and Randolph-Macon College.

Democracy is Not a Spectator Sport

Don’t just teach about democracy; practice it with your students. Give them work with meaning and a real audience and they’ll be hooked. These ideas originated in 12th-grade government classrooms, but many could be adapted for other subject areas or ages:

The beauty of civics is that all students have reasons to be interested. Depending on their career path, they may not need the formulas, patterns, or vocabulary they’re learning down the hall, but everyone should be a participant in our democracy, and you can convince them of that with your passion for civics.

Serrao, a member of the Chesterfield Education Association, teaches government at Cosby High School. She was the 2015 winner of VEA’s Award for Excellence in Teaching.