A retired teacher looks back at some of the comical comments that came out of her students’ mouths.

“Michelangelo painted the sixteenth chapel.” When I saw this sentence at the top of an ad in a recent issue of NEA Today, I chuckled. I also nodded because the error made me recall how my students often, too, had made comical comments, for—as the ad said, “What they hear isn’t always clear.”

Then smiling, I thought of my collection of many of those comments. For about 15 years, I’d actually written down quite a few of those fun-filled faux pas and had posted them on the door to my classroom. Now nicely all stored in a notebook because of my retirement, those worn pages were a treasure trove of humor and memories.

Immediately, I found an example that I thought worthy of use in a follow-up ad: Edgar Allan Poe wrote “The Sirloin Letter.” That one actually appeared in my collection more than once over the years. Poor Poe and his short story, “The Purloined Letter.” 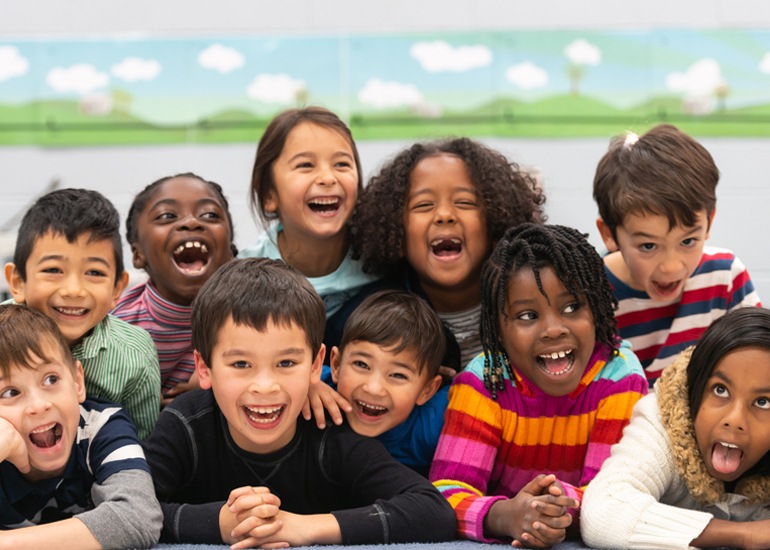 We just had fun with words, literary terms, and literary works that we read or students were told about. Some results were too good not to share, so I decided to do just that. I stapled a sheet of notebook paper to a piece of construction paper and wrote up the first few examples, then taped the paper to my classroom door and watched reactions. Students paused as they entered the room, read, and chuckled. Eventually, even teachers started stopping to check out the latest additions and would walk away slowly—frequently shaking their heads but giggling nevertheless.

Students’ attempts to learn new words often revealed crazy connections to words of similar sound or meaning. For instance, a student once wrote of “bellicose” (vs. “varicose”) veins. Here are some other developments that occurred as we did vocabulary work:

Teacher (pronouncing a word on the vocabulary list): “Demagogue.”
First Student: Isn’t that a church?
Second Student: No, that’s a “synagogue.”
Third Student (matter-of-factly but catching only part of the exchange): Jews attend demagogue on Saturdays.

First Student: An outstanding feat of skill . . . a . . .
Teacher: Tour de force.
Second Student: I thought that was a bicycle race.

Teacher: An example of a taboo?
First Student: Isn’t that the name of the monkey in Aladdin?
Second Student: No, that’s Abu.

Teacher: What would you do if someone were chastening you?
Student: Run fast!

Teacher: And what profession might involve working with a “menagerie”?
Student: A vegetarian.
Teacher: Maybe a veterinarian?

Teacher: Someone can be a paragon.
Student: I thought that was a building, the one with five sides.

Teacher: What word is often used to describe a person who withdraws from society and keeps to himself?
Student: A hobbit.
Teacher: I was looking for “hermit,” but both words do start and end the same.

First Student: What does that (previous comment) have to do with ZZ Top?
Second Student: Who’s Sleazy Top? (Looking back now, I see that the speaker could have meant “Whose sleazy top?”!)

Student: Those are chuckables.
Teacher, (curiously): What?
Student: Items that you can immediately throw in the trash, like junk mail and some class handouts.

Remember that often (mis)heard saying, “Saving the best for . . . laughs”? I think that the final example fits the description.

As always but especially in these hectic times, hold on to your “humortality”—one student’s new noun for the human sense of humor!

Sydnor, a VEA and NEA-Retired member, taught for 31 years in King George County.