2020 was a milestone year for me in more ways than one—and not just because of the pandemic that upended our lives. I celebrated my 40th trip around the sun in October, and I also passed the halfway point on the path to student loan forgiveness.

I’ve made 60 (and counting) of the required 120 payments, and I annually submit documentation to certify my employment for the federal Public Servant Loan Forgiveness program. Hopefully, I am doing all the proper things to eliminate more than $50,000 of debt, but the paucity of applications approved for forgiveness is extremely worrisome.

The NEA is among more than 200 advocacy groups calling on President-elect Joe Biden to cancel student loan debt for Americans, who all together owe more than of $1.5 trillion. Biden, when campaigning, proposed canceling $10,000 of student loans to alleviate the burden of repayment in strained economic times brought on by the pandemic.

Nearly 10 years ago, I left journalism for public education. My daughter was an infant; I resigned to stay home with her and to pursue a master’s in teaching. I borrowed the maximum amount of student loans to cover the cost of tuition, as well as to help with living expenses since I was no longer bringing in a salary. 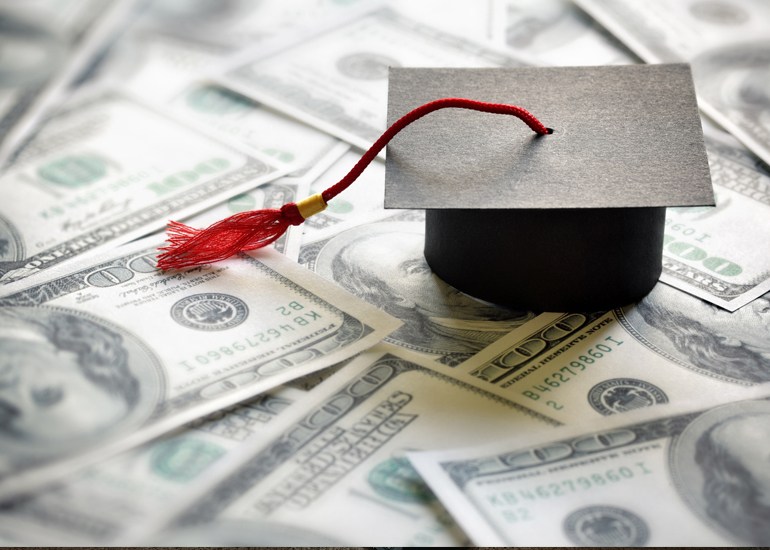 If wisdom comes with age, I can now say that it was a somewhat foolish financial move on my part—albeit one Americans make all the time: buy now, pay later. You want or need something, so you sign the dotted line, sometimes without paying enough attention to the fine print. When I went back for a graduate degree, I was married, and a career change was a good move for my family. I cannot put a price tag on the extra time I was afforded to be home with my daughter.

Fast forward a decade. I am unable to secure a mortgage solely on my income because of those loan repayments. I am paying back my debt on an income-based plan, which offers the lowest repayment and therefore allows for the maximum amount to be forgiven. It matters not to lenders, however, that I am on a reduced monthly payment plan. When a bank pulls my credit report, the full repayment amount shows and that inflates my debt-to-income ratio.

I’ve discovered that my situation is not as dire as some others’ although it has been enough to wake me up in a middle-of-the-night panic once or twice. I was fortunate not to rack up as much undergrad debt and to pay off most of the balance during my newspaper career. I was surprised to find among my close co-worker pals that two reported maxing out deferrals for financial hardships, becoming delinquent and eventually defaulting after being unable to make hundreds of dollars in monthly payments on top of the expenses that come with raising a family on a teacher’s salary.

One told me she was embarrassed about being unable to pay her bills but said there is no way she could make the payments on the nearly $100,000 she borrowed for college.

“It is demoralizing [for teachers],” the other said. “Why should my student loans be so high that I have to qualify for an income-based repayment? If that’s the case, you’re not paying me what I’m worth.”

Three of the four co-workers I spoke with expressed concerns about how their own student loan debts will impact their school-age children’s futures.

“I fear that when they go to college, I won’t be able to help them because I’m still paying back mine,” said one.

It’s no secret teachers earn less than peers with similar levels of education. We are licensed professionals, who routinely pick up side gigs to make ends meet. The work of an educator is difficult. Teachers report feeling unappreciated. There are staffing shortages as fewer college students pursue the field. Can we blame them? The outlook sometimes seems bleak.

These problems existed before COVID changed our daily routines, yet something has to give—and sooner rather than later. Canceling student loan debt could save the economy and launch an overhaul of teacher morale.

According to the Economic Policy Institute, teachers in Virginia are paid 31% less than other college graduates. That is the third-worst showing of any state.