Nearly six months after the murder of George Floyd, racial justice protests continue in American cities. Meanwhile, COVID-19 is killing Black people at twice the rate of White people. While persistent, staggering inequalities between Black and White Americans are not new, this summer’s urgent calls for reform may mean that our appetite for change has grown. In response, police departments, businesses, school districts, and other organizations have vowed to begin “implicit bias trainings” that will, in the words of a resolution passed by the city council in Kansas City (MO), teach about “bias that results from the tendency to process information based on unconscious associations and feelings about a particular social group.”

While efforts like Kansas City’s are laudable, current social scientific evidence suggests that they alone are unlikely to be effective in reducing racial disparities. It’s far more important that that large-scale structural changes are made. That doesn’t mean implicit bias training is useless; in fact, it may be an important way to help us identify areas most in need of change.

We define implicit bias as “automatic associations between a racial group and a stereotype (such as Black and poor) that may unintentionally influence judgments and actions.” While we often think of bias as an individual issue, research suggests that it may better reflect the degree of racial inequality and discrimination in one’s environment. In other words, racism that has become embedded and normalized within a society manifests in residents’ implicit biases. Imagine a city which, due to a long history of racially prejudiced laws, has limited Black Americans’ access to wealth and quality education (see also The Color of Law, by Richard Rothstein). As a result, Black residents are more likely to live in poverty than White residents. White residents living in that city, as well-intentioned as they might be, will be more likely, on average, to automatically associate “Black” with “poor” compared to White residents in a city with less racial economic inequality. Why? Because, at any given moment for any given person in the unequal city, the stereotype is more likely to be evident.

Inequalities do not reflect “inevitable truths” about the ability of different groups to succeed, but instead reflect systems of oppression that have their roots in historical imbalances of power. 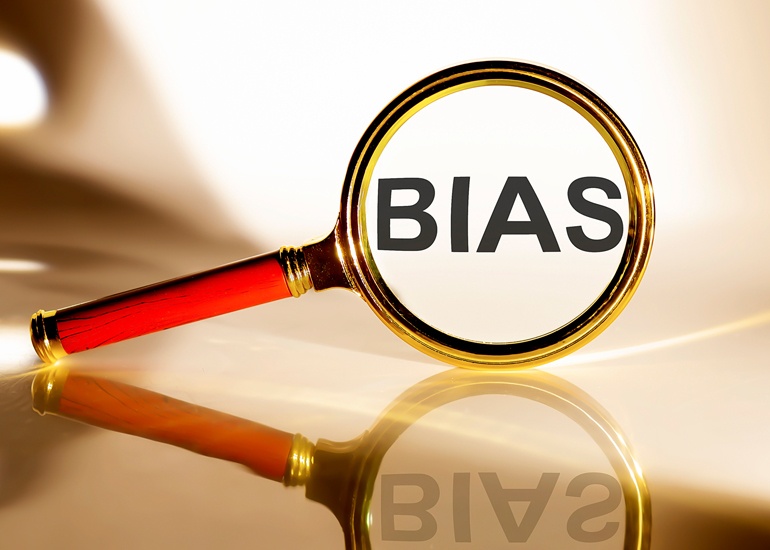 Our culture of racism is also reflected in school discipline. Data show that Black students are more likely to be suspended or expelled than are White students in the U.S., and that Black students tend to receive harsher punishments than White students. Critically, racial disparities in school-based discipline are greater in counties with higher levels of anti-Black prejudice. Thus, more racist places are associated with greater disparities in school-based disciplinary actions.

Though many acknowledge that implicit bias is related to community attitudes, implicit bias trainings often focus solely on trying to change the “hearts and minds” of people who may unknowingly act in a way that runs counter to what they say they believe. While such an approach may seem quite promising, little evidence supports its effectiveness. For example, in one study of 18 university campuses, participants who did not identify as Black American were given brief implicit bias interventions with the goal of reducing average anti-Black implicit bias. Though many of the interventions were initially effective, when participants were recontacted after a few days, implicit bias levels had rebounded, such that, on average, individuals again reflected their campus’s pre-existing level of bias. Further, campus-level implicit bias was predicted by structural markers of racial inequality such as racial diversity (or lack thereof) among the faculty. This suggests that even if we reduce one person’s implicit bias, but leave the context that cued the bias intact, we should expect the bias to surface again at a later time or in another unsuspecting person.

To us, this means that rather than attempting to reduce implicit bias in police officers, health care professionals, teachers, co-workers, and other individuals, we should ask ourselves what policies, procedures, and funding priorities could be changed to better promote equity and inclusion. Addressing the context of racial inequalities community-wide may have the most dramatic impact on racial disparities and racist attitudes, whether implicit or explicit. When diverse people are represented at all levels of the social hierarchy, then automatic associations between “Black” and “poor,” for example, are likely to fade and are less likely to re-emerge in the future.

So, creating equitable and inclusive police departments, hospitals, schools, workplaces, and communities through structural changes may not only reduce racial inequalities, but may also lower implicit bias.

We do believe that implicit bias is a useful concept and implicit bias trainings can be useful, however, under the right circumstances. First, although implicit bias may reflect an environment of racial inequality, such bias may also contribute to this environment, such as by passing up qualified Black job applicants, perhaps because “something didn’t feel right.” Also, as an implicit bias training raises attendees’ awareness of and fosters their sense of personal responsibility for persistent discrimination, it may motivate them to speak out and act for systematic changes in their organizations or communities. Second, given that implicit bias reflects an environment of racial inequality, locations with higher average implicit bias scores may indicate particularly problematic places, perhaps with high levels of inequality in a workplace or the wider community. Implicit bias can be a canary in the coalmine to direct decision makers to where problems need to be solved.

What should educators do?
First, it’s important for each school and school division to examine its diversity and determine whether their organization’s diversity (or lack thereof) may contribute to racial stereotypes and inequalities. Research finds that greater faculty diversity is associated with less anti-Black bias among students. Increasing diversity at all levels of a school division is critically important for shaping the stereotypes students have regarding who excels in academics and who belongs in these educational settings.

Another step is to find out if your school has race disparities in disciplinary actions. If so, advocate for policy changes that will reduce those disparities. Demand ongoing monitoring and evaluation of those changes to establish their effectiveness and impact on student outcomes. If your school has law enforcement officers on campus, request strict boundaries be set so that officers never handle disciplinary issues. Written, agreed-upon guidelines should establish when and in what capacity officers can get involved, and these guidelines should also be evaluated on an ongoing basis.
If your school has race achievement gaps—anything from disparities in grades, to enrollment in advanced classes, to graduation rates—question what policies or educational norms at your school might be contributing to those disparities. Rather than focusing on the students as the problem, engage with other educators and administrators on finding structural solutions.

Conclusion
As a majority of Americans express their support for racial justice and call for social change, we contend that it is not enough to examine our own “hidden biases.” Instead, we should use our biases as a starting place for examining our cities, workplaces, and other communities. Implicit biases do not emerge in a vacuum, but reflect our daily exposure to an environment of racism. If we desire a more equitable society, we need to not only address the biases we hold inside, but also the system under which these biases were formed.