On January 28, 2019, more than 4,000 teachers, support professionals, and community supporters rallied in Richmond to demand higher pay and an end to school funding cuts.

Since then, the General Assembly passed a 5-percent raise and increased school funding, but we have barely begun to close the budget gap created during the Great Recession. And other states are catching up and passing Virginia.

Come to Richmond on VEA Lobby Day, January 27, 2020, to demand that legislators Fund Our Future. Wear your #Red4Ed, meet with your elected representatives, and take part in our Fund Our Future Rally. Your students, your colleagues, and your supporters are counting on you!

We now have a pro-public education majority in the General Assembly.

Join the fight on Monday, January 27, to demand that elected leaders Fund Our Future. 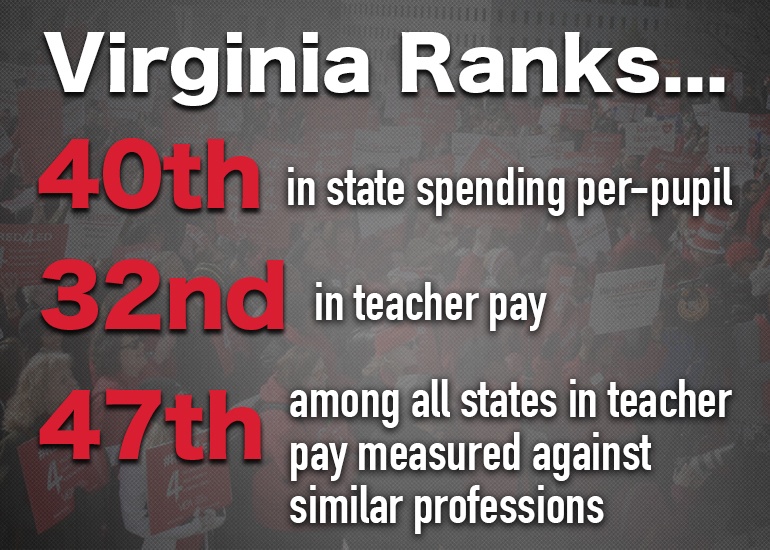 Lobby Day Briefing
5:30 pm
Learn about VEA’s legislative priorities and prepare to meet with your representatives. (Attend EITHER this briefing or the one on Monday morning)

If You Need a Hotel Room

A block of rooms has been reserved for VEA members at the Holiday Inn Express the night of Sunday, January 26, at a rate of $140.49 (including tax) Doubles (or) Single/King. To reserve, call the hotel directly at 804-788-1600 before January 3 and reference the VEA Lobby Meeting.

Ready To 'Fund Our Future'?

Talk with your local Association colleagues about coming to Lobby Day as a group. Secure leave and help arrange a carpool or other transportation. 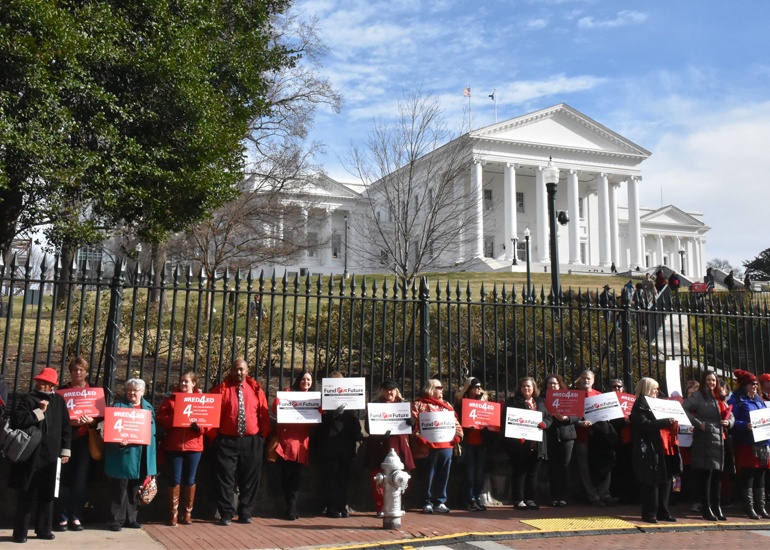