Thousands flood Capitol to demand that lawmakers ‘Fund Our Future’

Chanting, cheering, and with a growing sense of urgency, VEA members turned the State Capitol into a sea of red Monday for Lobby Day, demanding that legislators finally put their funding money where their campaign mouths have long been.

“It’s way past time for them to live up to their obligations to the children of this Commonwealth and to the people who work with them!” boomed VEA President Jim Livingston to an enthusiastic crowd of over 2,000, who responded raucously as Livingston added a promise: “We will be ever vigilant to hold them accountable for what they’ve promised they would do—and if they don’t vote to support our students and our schools, we’ll help them pack their stuff and go!”

Two examples of why Livingston and VEA members feel so strongly: Virginia ranks 40th in the United States in state funding for public education on a per-pupil basis, and our state’s teachers are paid $8,500 less than the national average.

Union members and public education supporters came to Richmond in busloads, spending the morning meeting with elected officials before the noontime rally took over Capitol grounds. There, Fauquier kindergarten teacher Lauren Brill, president of the Fauquier Education Association, kicked off the festivities by firing a list of questions at the crowd. She wondered if any of the educators in attendance had ever paid for classroom supplies out of their own pockets, lost sleep over one of their students, had their physical and mental health affected by their work, had considered quitting, and were living paycheck to paycheck, and the crowd roared in response to each question. 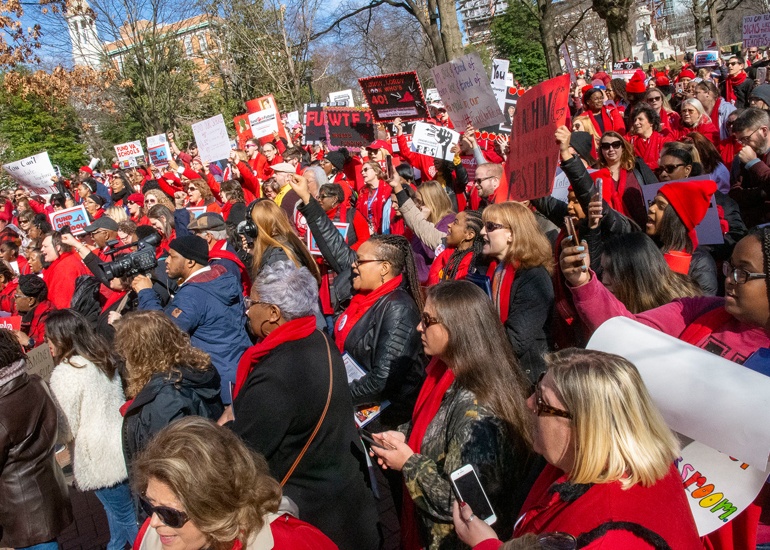 It’s not just educators who have reached churning levels of frustration with the lack of state funding for schools, either. Local officials have had it, too. “I am tired of having to make choices between taking away mental health resources in order to provide instructional assistants with more pay,” Fairfax County School Board member Abrar Omeish told the rally crowd, “or between school meals and after-school programs. What are we investing for the future?”

Stafford County Public Schools Superintendent Scott Kizner echoed her sentiments. “Every year we have to go out and shout and sing slogans to do what’s right,” he told attendees. “The time is up!”

Now is the time, agreed Adam Evans, a Chesterfield Education Association member and high school assistant principal. “This is not a small task or an easy ask,” he said, “but it is necessary and it is fair.”

A new bill just introduced in the Virginia General Assembly by Del. Elizabeth Guzman would give educators (and other public employees) the right to engage in collective bargaining with their local school divisions.

That’s a game changer, and it means that the ability to negotiate needed changes like more resources for student programs, smaller class sizes—and your salaries and benefits—is within your grasp.

Virginia teachers are paid $8500 under the national average, and too many support professionals don’t earn a living wage. Collective bargaining will give you an equal seat at the table.

We need your help to get Delegate Guzman’s bill passed. Sign our petition now! 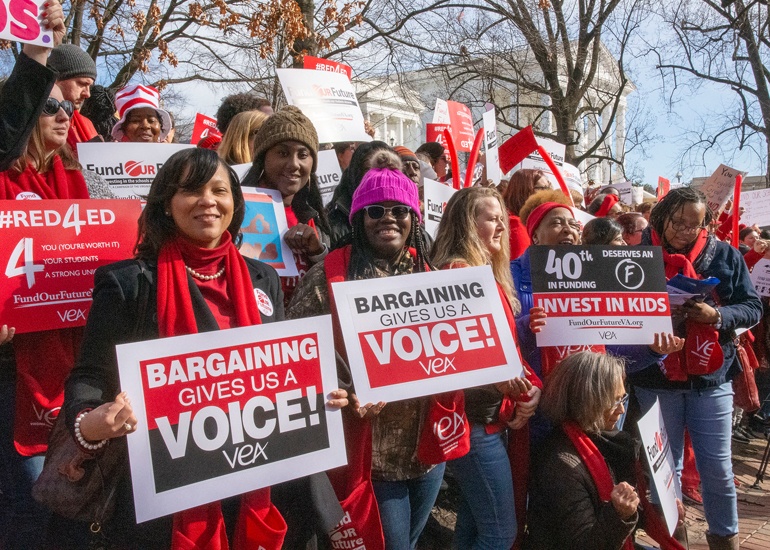 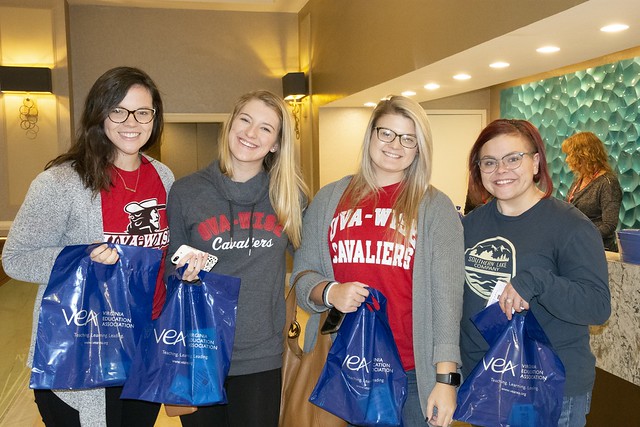