VEA Leads Search for Solutions to Shortage of Teachers of Color

One of the reasons Quincy Green came to VEA’s fourth annual Teachers of Color Conference was to listen to some of the stories told by his fellow African-American educators. “We need to hear the struggles each of us went through to get where we are,” says Green, a Fairfax Education Association member and a special education government teacher. “It was good to hear from not only teachers, but principals and superintendents, too, and understand their journeys.”

Rodney Jordan, an assistant principal in Fairfax County, shared his life story during one of the conference sessions. He was raised in a two-bedroom duplex, along with nine other children, and failed seventh, eighth, and ninth grades. He still managed to graduate from Norfolk State University and later earned a master’s degree from George Mason University before going on to win awards for his teaching in Manassas.

Stories like that inspired the nearly 200 educators at last weekend’s conference, held at Virginia Commonwealth University in Richmond. “I felt valued,” says Green. “As a minority special education teacher, it’s good to know that I’m in demand. It’s empowering.”

Virginia needs many more educators of color, like Green and Jordan, and VEA’s conference brought together educators with potential solutions. Our state’s public school populations are quickly becoming a majority of minority students, but our teaching corps is almost 80 percent white. Making the process of diversifying the state’s teachers more difficult is the fact that college students entering teacher preparation programs in Virginia has dropped 40 percent in the last decade.

“I’m very concerned about the lack of teachers of color in our classrooms,” says Mary Smith, a VEA-Retired member and former high school English teacher in Petersburg. “I want to find ways to encourage young minorities, especially young men, and support them and help them get the kind of real-life experiences they need.”

Conference attendees attended sessions on topics including equity for school staff members, barriers for minorities entering teaching, professional advancement, factors in teacher retention, and supporting educators of color. They also heard from a range of speakers, among them Andrew Daire, dean of VCU’s School of Education; Maria Pitre-Martin, superintendent of Petersburg Public Schools; and Janice Underwood, a former VEA member who now serves as the Commonwealth of Virginia’s first Director of Diversity, Equity, and Inclusion.

Green came away motivated to work on the issue of our less-than-diverse teaching population. “It’s no longer enough just to know about the problem,” he says. “I need to do something. I need to get heavily involved.” 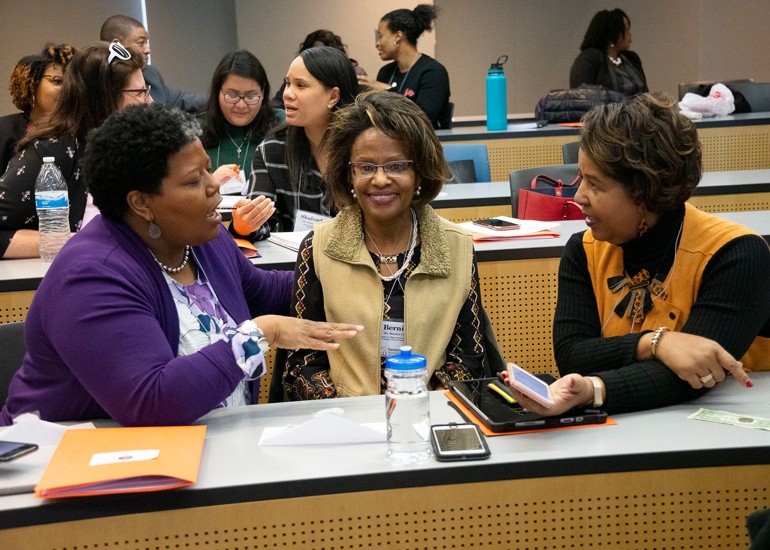 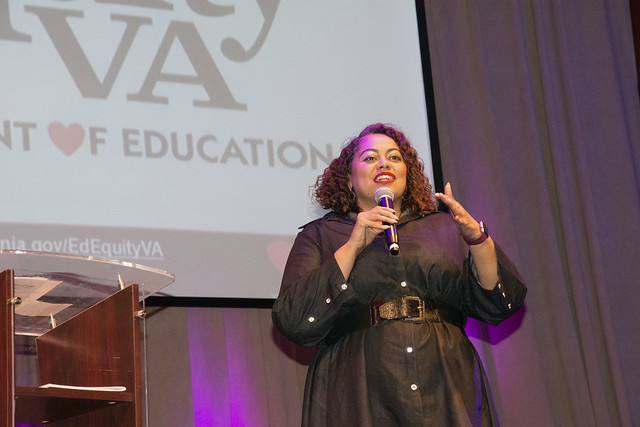